Hi, I’m Pablo Curto. I work as a photographer and film director. I used to work as an industrial engineer, but I quit in 2013. I also used to be allergic to fish, but I’m over that too.

I’ve worked for clients such as Loewe, Zara, Massimo Dutti or Pepe Jeans and my editorial work has been published in Vogue Portugal, S Moda, GQ Spain and El País Semanal, to name a few. I’ve also taken part in exhibitions and screenings at the MAXXI Museum in Rome and the Milano and New York Fashion Film Festivals, amongst others. 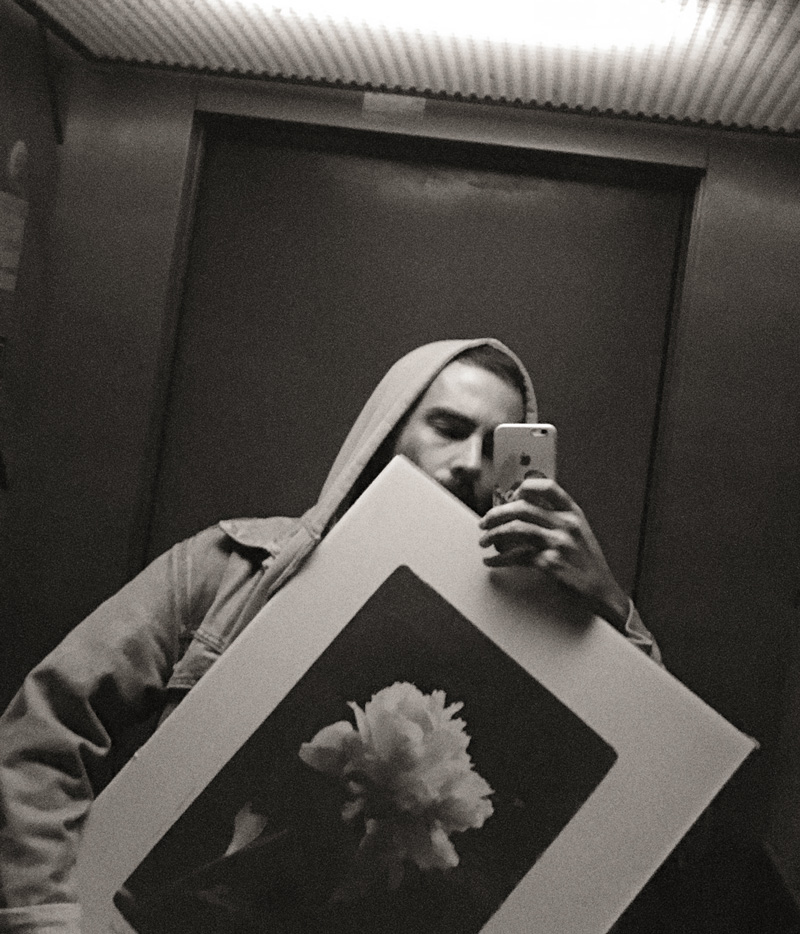 This is me in my elevator with a photograph of a flower that I found.